To Kill a Mockingbird at The Geilgud Theatre 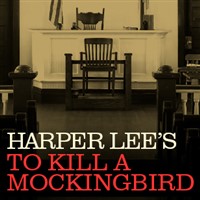 To Kill A Mockingbird, Aaron Sorkin's new play based on Harper Lee's Pulitzer Prize-winning novel, directed by Bartlett Sher, at the Gielgud Theatre.

Next year marks the 60th anniversary of its publication. Since it began performances on Broadway the production has not played to an empty seat; becoming the most successful American play in Broadway history.

“It will change how you see the world. This is what great theater is for. Aaron Sorkin's 'Mockingbird' is filled with deep compassion and overwhelming humanity. Do not miss it.” - NY Post

“A 'Mockingbird' for our moment. Beautiful, elegiac, satisfying, even exhilarating” - New York Times