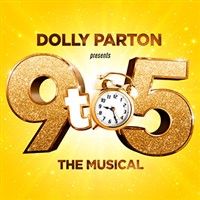 Feisty, fun and oh so fabulous! Leave the daily grind behind and join the fun!

A hilarious new musical comedy, based on the hit movie centres on three office workers who turn the tables on their sexist, egotistical, lying, hypocritical bigot of a boss. They conspire to take control of the company and learn there's nothing they can't do - even in a man's world. Outrageous, thought provoking and even a little romantic, 9 TO 5: The Musical is about teaming up and taking care of business.

This show features Dolly Parton's original hit title song, 9 to 5, which won her an Oscar nomination and 4 Grammy Award nominations along with her new Tony ® and Grammy nominated score. With 18 original numbers including Backwoods Barbie and Shine Like the Sun that mix Broadway and pop with Dolly's signature witty lyrics it will have you kicking up your heels.

Please note: This coach may be shared with another of our excursions to a nearby destination. These are marked in our brochure with *